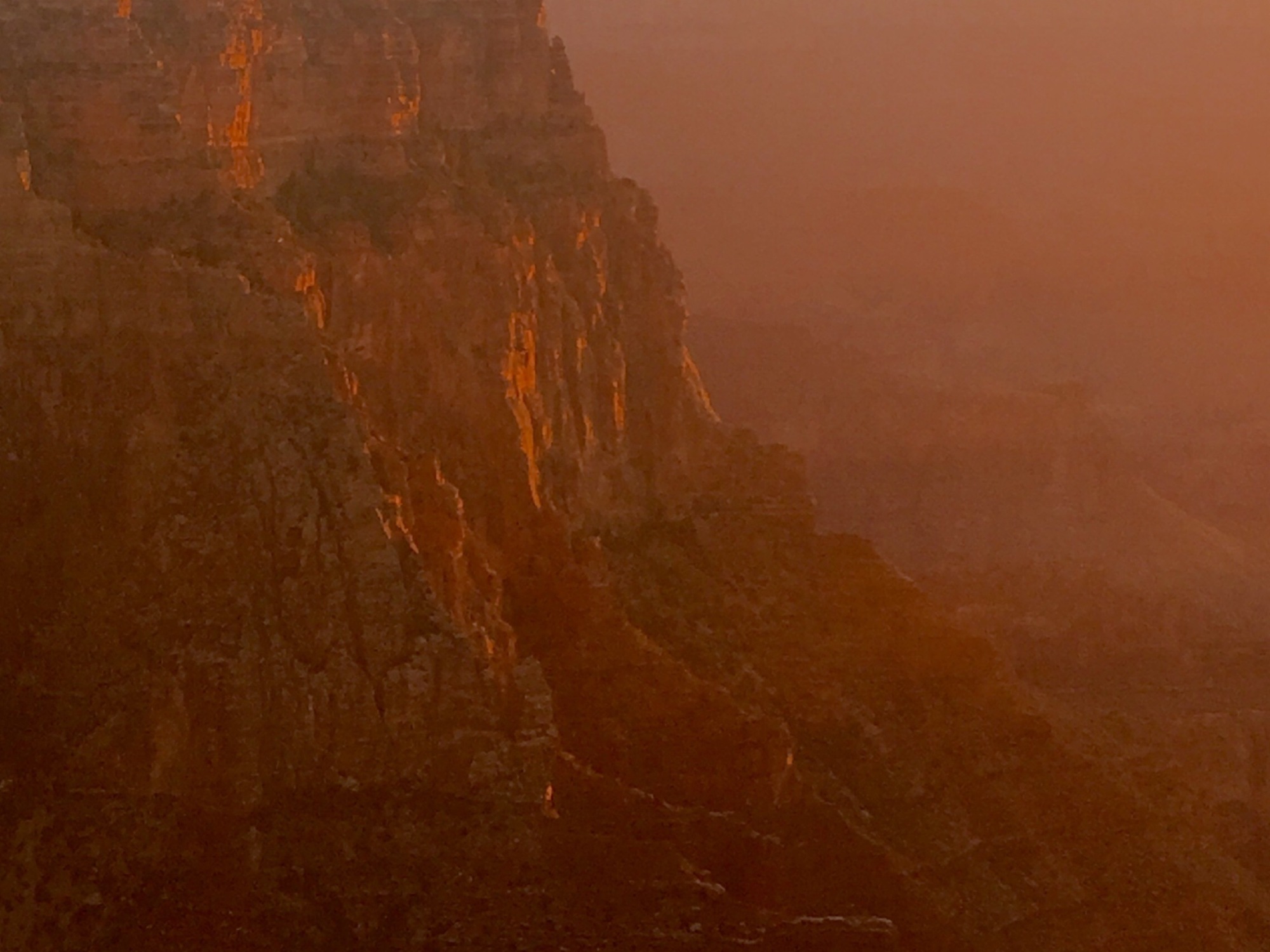 We pulled into Flagstaff, Arizona after dark, completely tuckered out from all of the driving and sightseeing. We stayed at another Airbnb, the college apartment of a kid named Hunter who we never actually met, but who was great at responding to questions and making sure that all was well via text. There were other kids staying there too, and so we made some friends (Did you notice that I called myself a kid?). 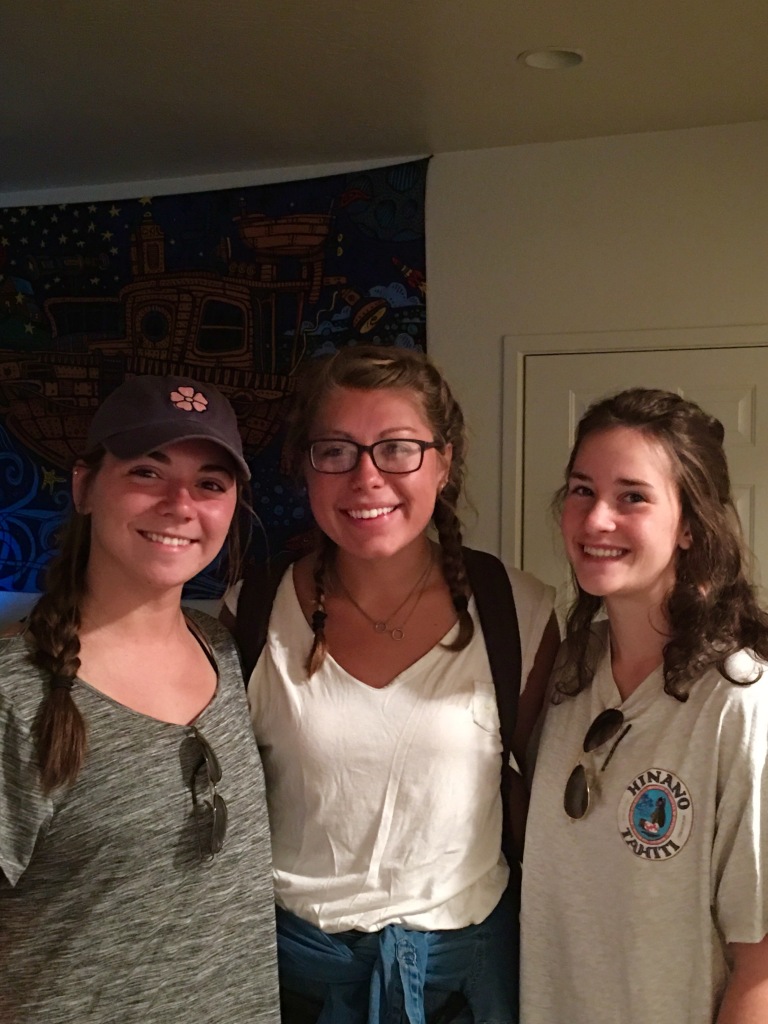 These were our apartment mates, Emily, Anna, and Madison who were traveling through on their way back to Tennessee from California.  They left us the sweetest note! Wish we had more time to spend with you ladies and I hope your trip home was full of fun!
The next day we decided that Eli needed a haircut and so we went in search of the local walk in place near the University. 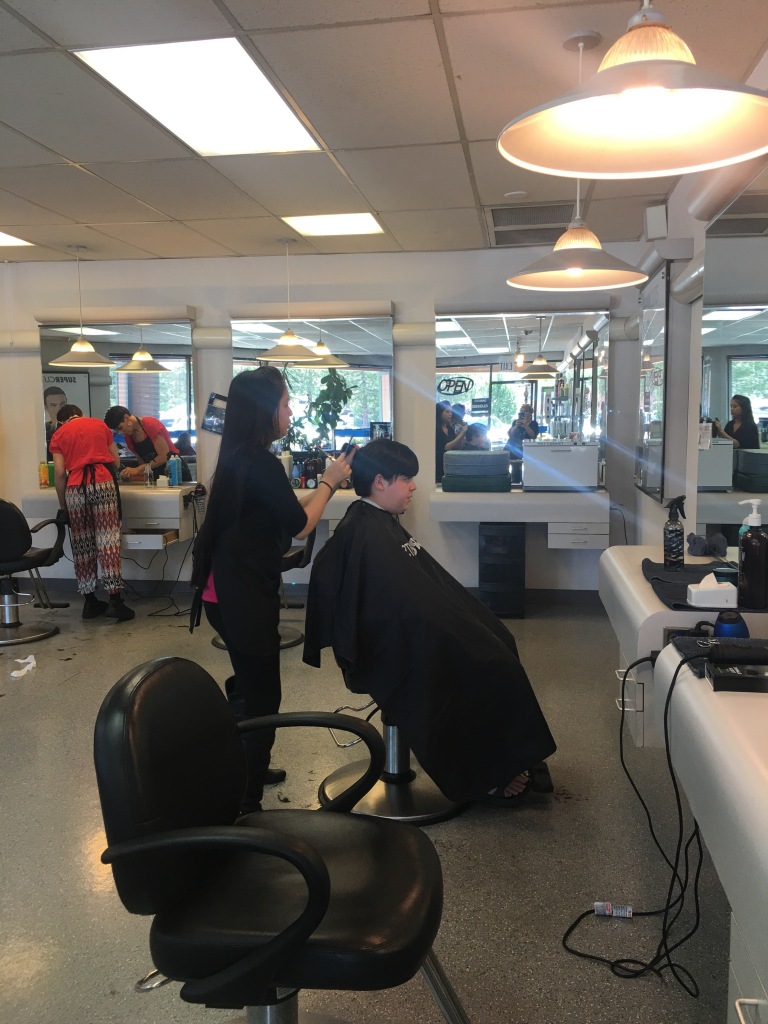 Yes, I took a picture of his haircut because it’s weird to get a haircut on vacation.  But the child’s hair is growing as fast as he is!!

After the haircut, we headed over to Lowell Observatory for a tour.  Eli is fascinated with space, particularly with stars, because he has never been able to see them. He has seen them in planetariums and in pictures, but he can’t see them when he looks up at the night sky like most of us can.  Every time we correct his vision to 20/20 it makes his eyes cross and gives him headaches, so the ophthalmologist says that it is better for him to be slightly under corrected. He also has some night blindness. I am guessing that it is for these reasons that he has never seen stars. One of the goals for this trip has been for him to be able to find a place that is dark enough and that the sky is clear enough that he can see them with his own eyes. 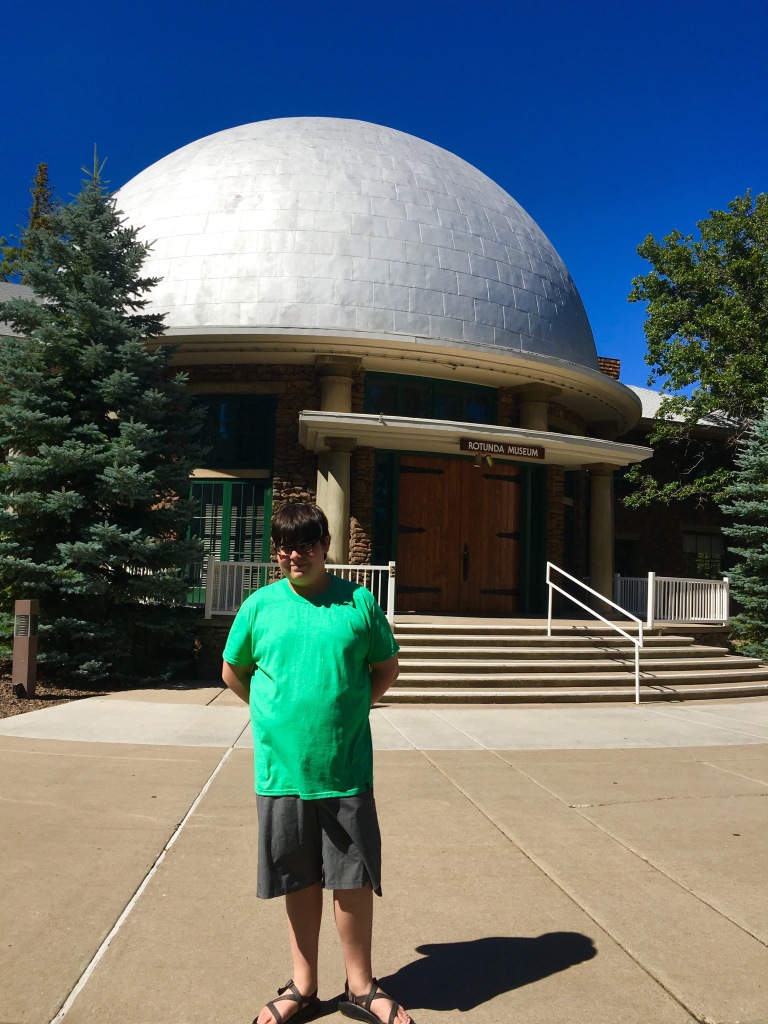 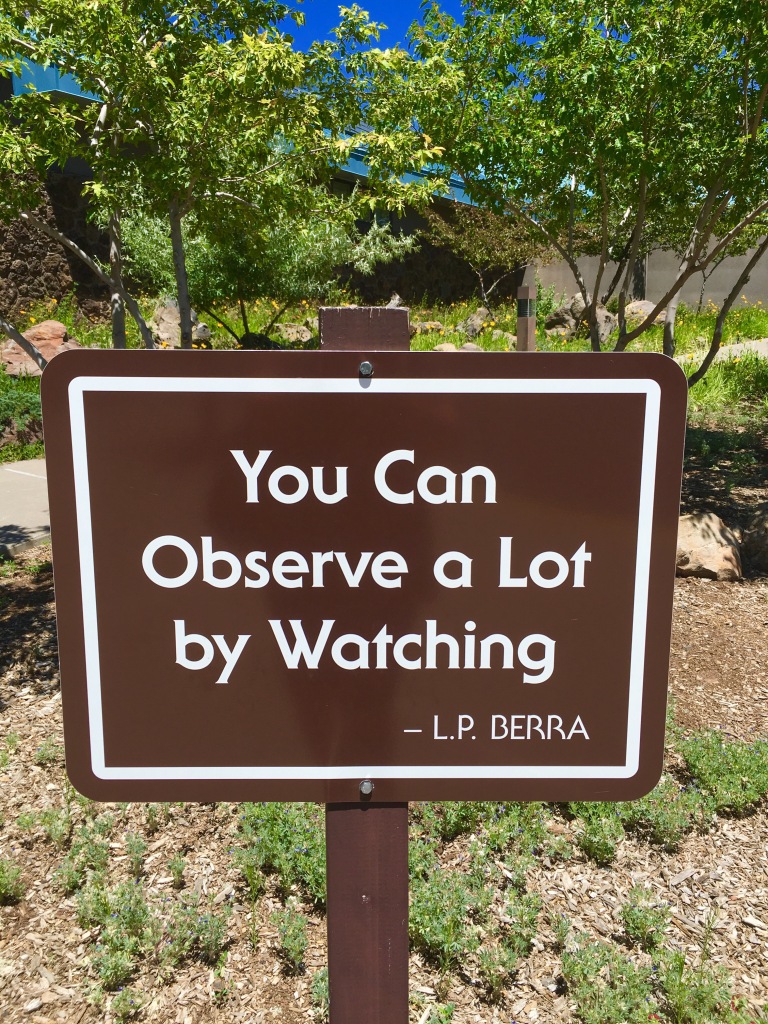 Lowell Observatory has been around since the 1890’s, but it’s claim to fame is its role in Clyde Tombaugh’s discovery of Pluto in 1930. 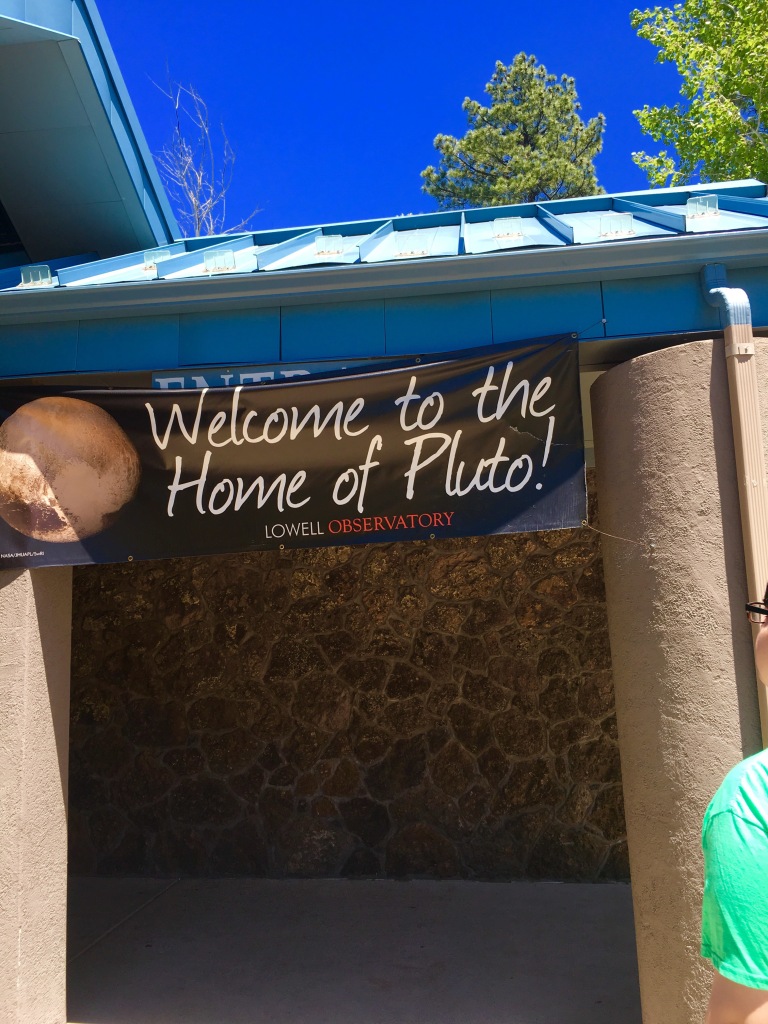 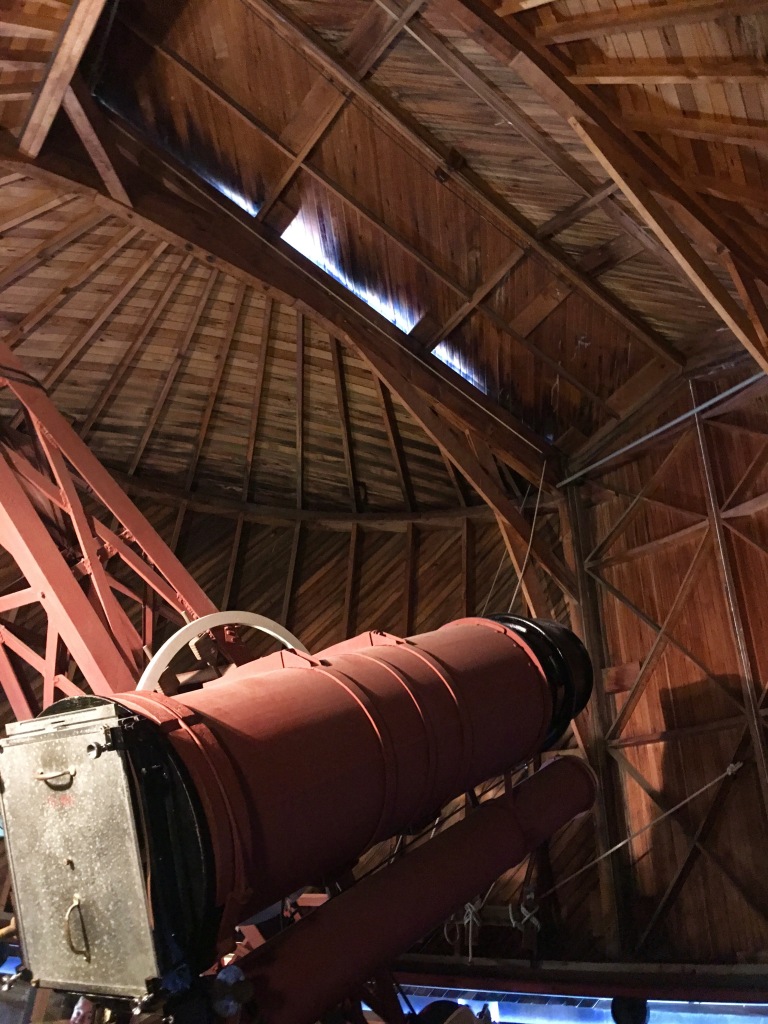 This is a picture of the telescope used to discover Pluto.
Lowell is still a working, independent observatory. We went on several tours while we were there and were able to observe an explosion on the sun through a telescope…VERY COOL! Here is a film NASA made showing similar explosions…Sun explosions

It did not get dark enough while we were at Lowell for Eli to see the stars, but we still had many miles to go and opportunities to see stars on this trip, so we were not discouraged.

The next morning we got up early and headed out to see Grand Canyon. Last year Mom and I stopped to see it on our way to visit my aunt and uncle in Palm Desert. As I stood and looked out for the first time, I literally cried. It is so powerful, so overwhelming to see. I felt small, like the tiniest grain of sand when compared to the universe. To look upon this marvel of creation was like catching a small glimpse into the eyes of God and understanding for the first time that His creative power so far exceeds that of man that our simple minds cannot even fathom it. Who are we to even be considered by Him? And yet, we are so loved…I decided that day, as the tears flowed, that my children needed to see this too. I hesitate to show the pictures because they do not do any justice to the majesty of it…everyone should see this for himself! 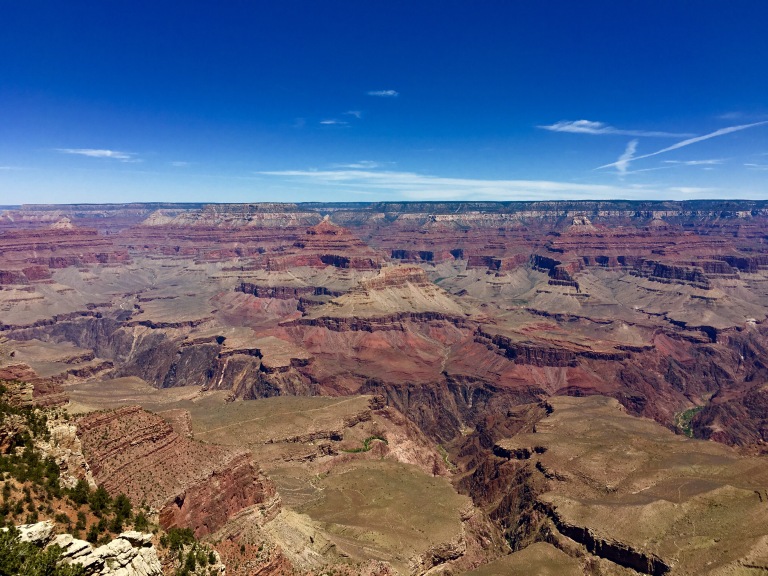 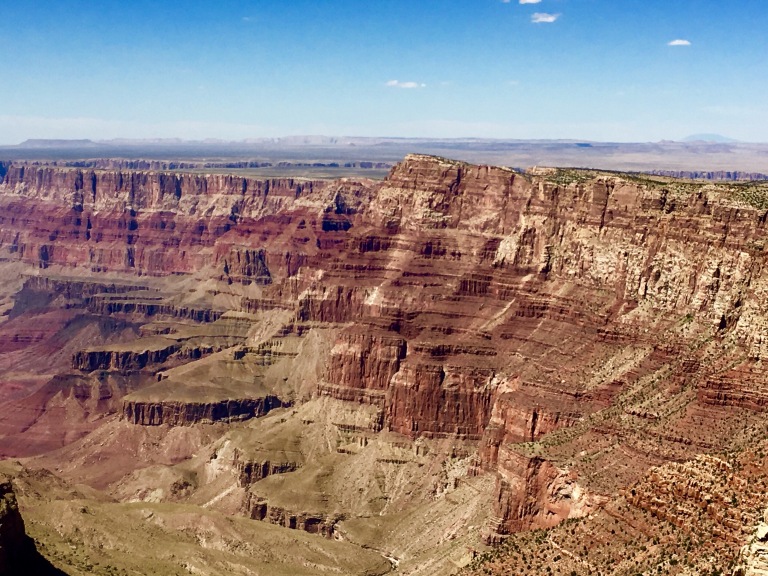 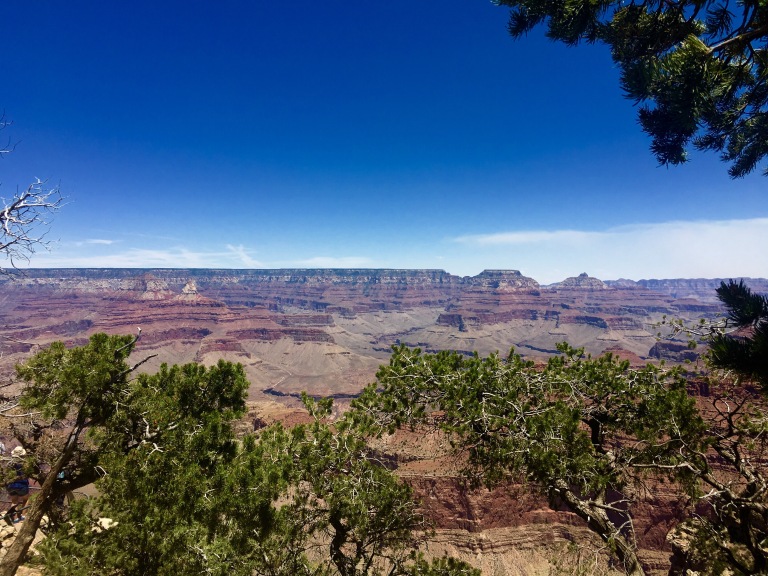 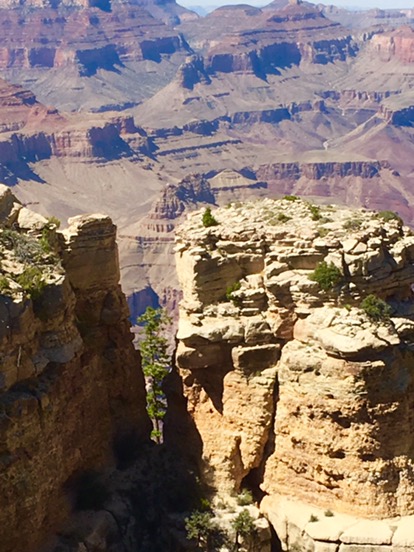 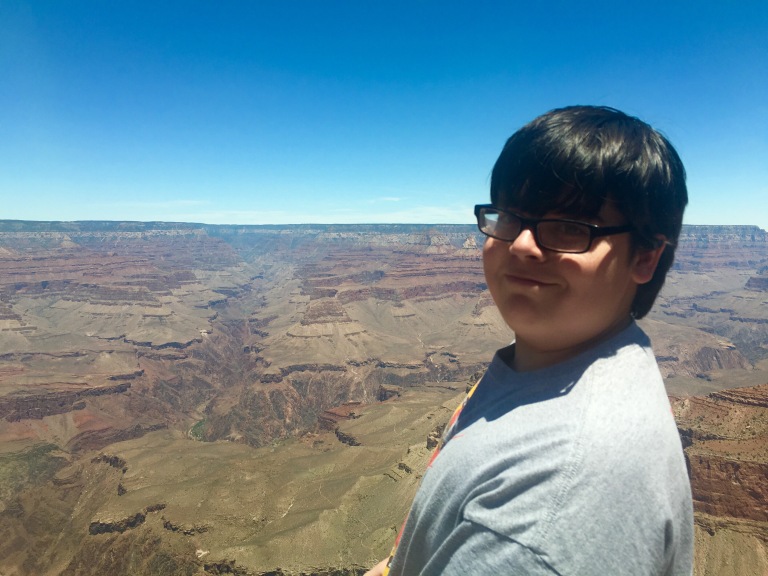 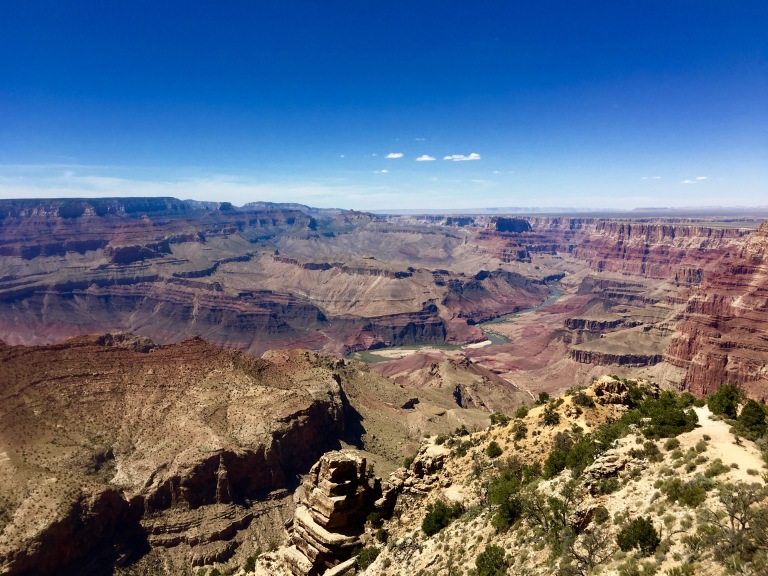 After we had gone to each stop along the path around the South Rim, we decided to splurge for dinner at El Tovar, the “fancy restaurant” in the lodge area.  Even though we were sweaty and wearing shorts and t-shirts, we fit right in.  I told Eli he could order whatever he wanted as an entree and so, of course, he ordered the fillet mignon. 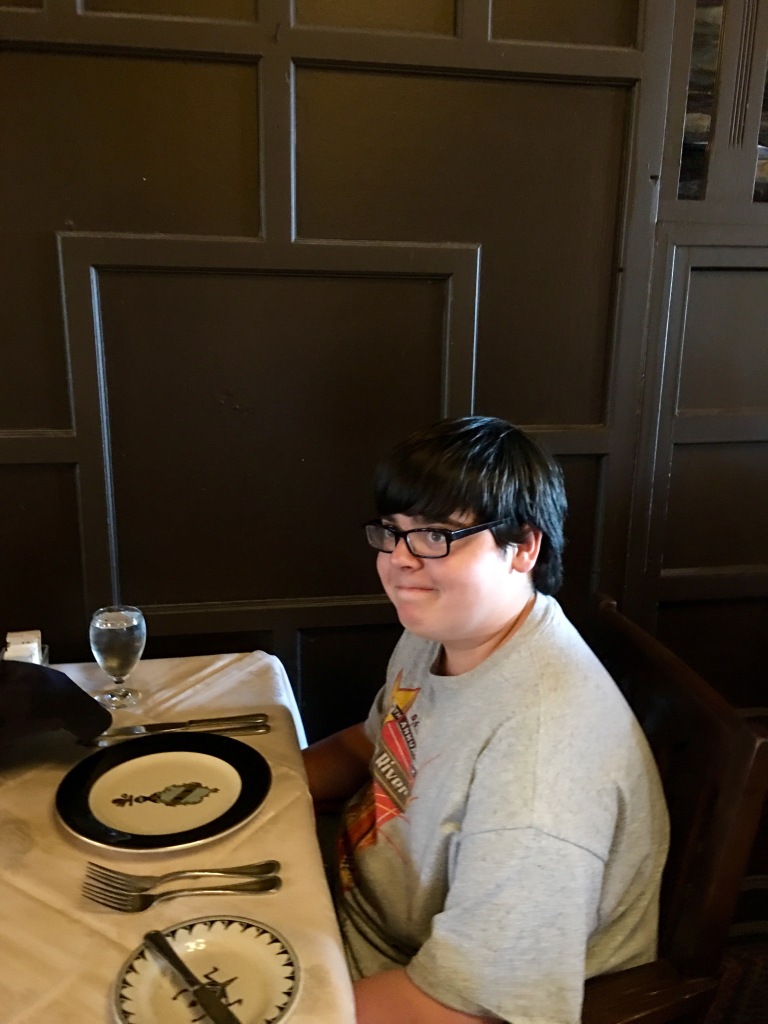 It was a good opportunity to talk about table etiquette and the food truly was delicious! (Thanks, Nancy, for the suggestion!)
After dinner, we drove to Navajo Point to watch the sun set and stayed until it seemed eerie that we were the only ones there. 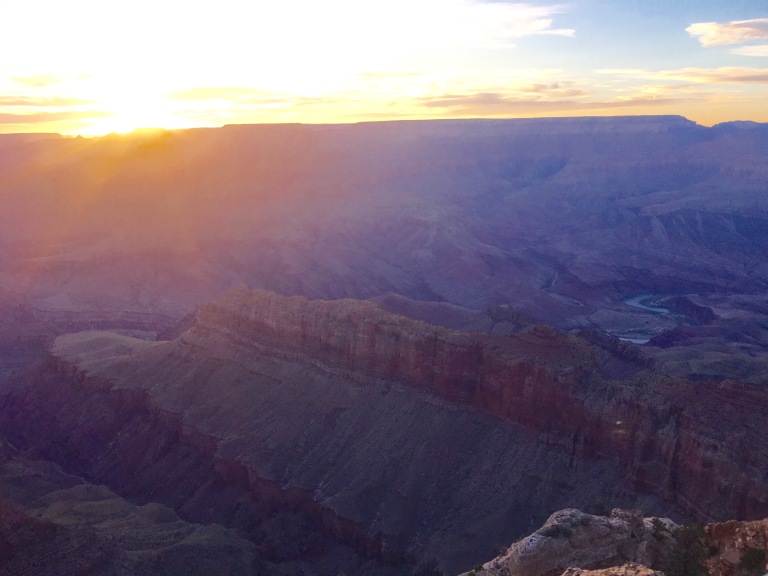 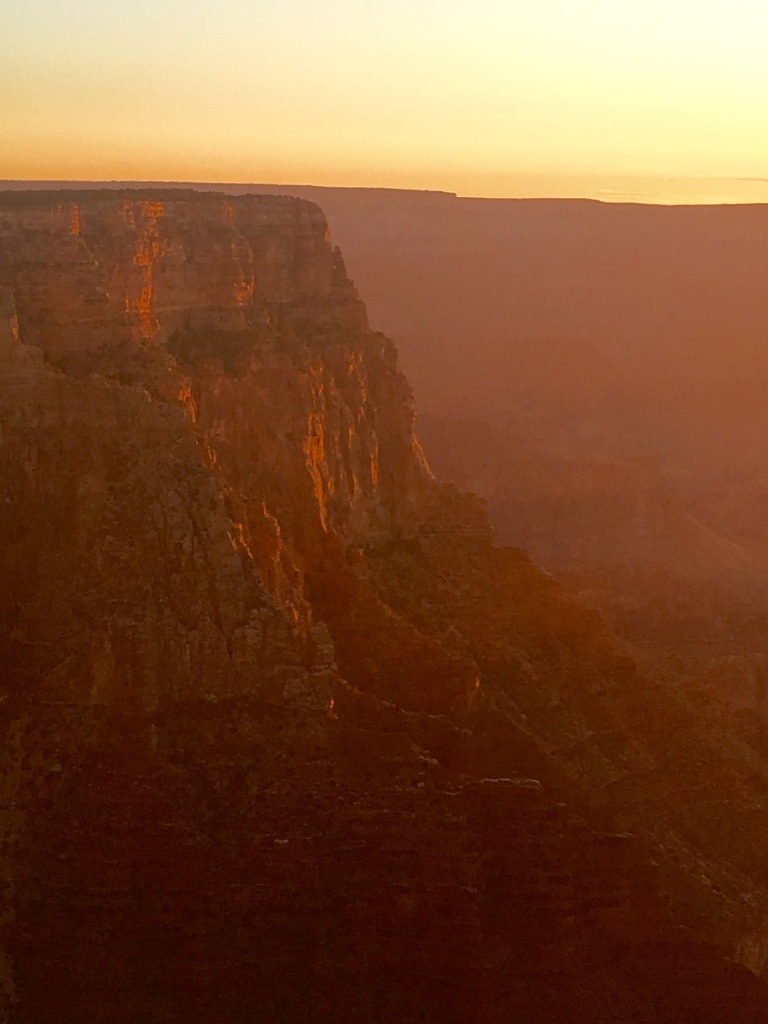 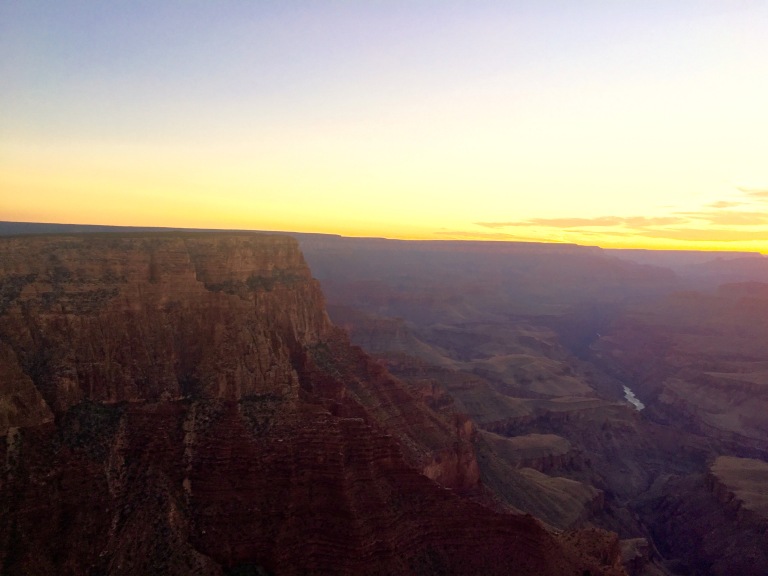 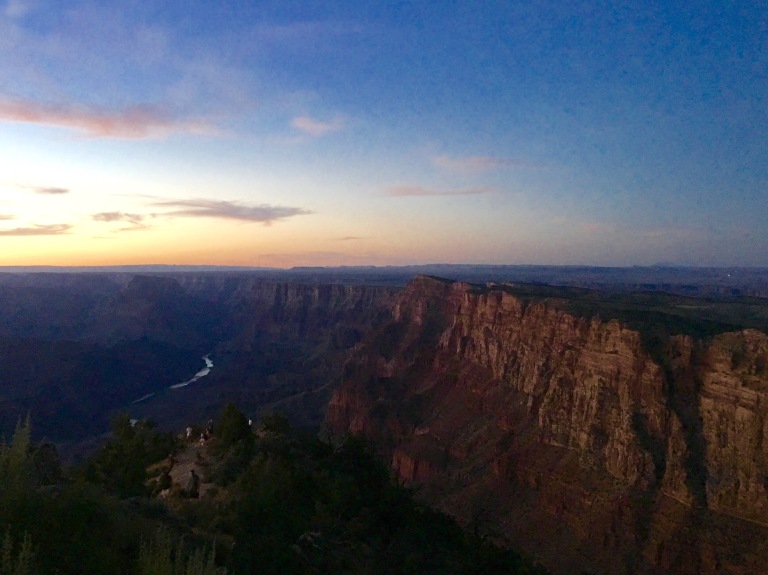 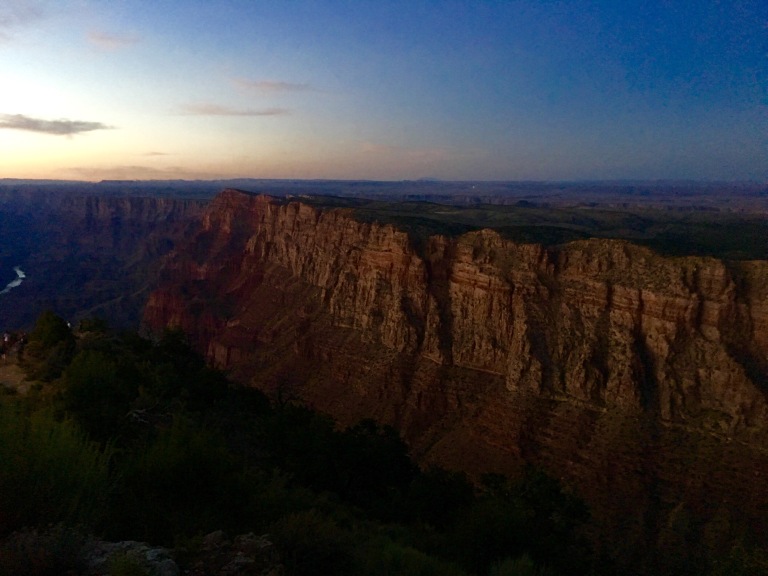 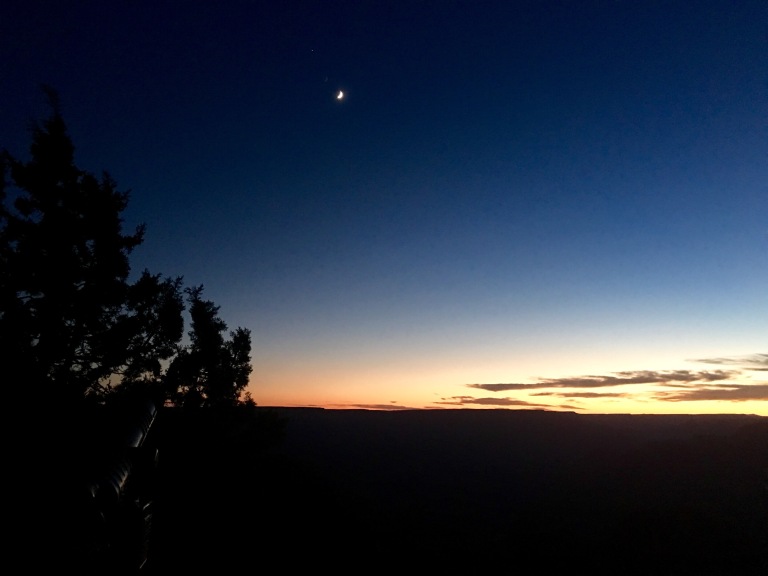 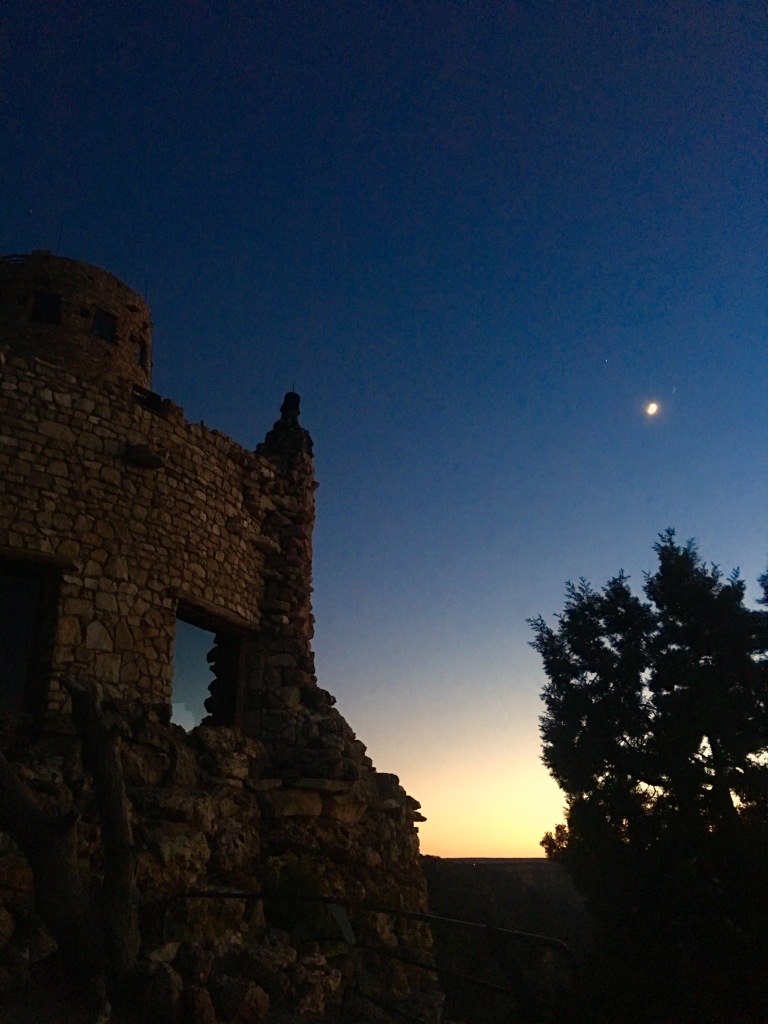 We took Highway 89 back to Flagstaff. The drive was the darkest I have ever experienced. There was not a light or another car for miles, it seemed. At one point, Eli and I pulled over to the side of the road, switched off the car and Eli stood up through the sun roof and counted the number of stars he could see. Standing out of the sunroof that night he counted seven. I know that doesn’t sound like a lot on a night when the sky was absolutely filled with them, but it was thrilling for us! He stood there for a long time staring up at the heavens while I sat in the car and cried. I really need to get these leaky eyes fixed!
Song of the day:  Stars by Switchfoot for Eli.

Up Next:  Lake Powell and Glenn Canyon 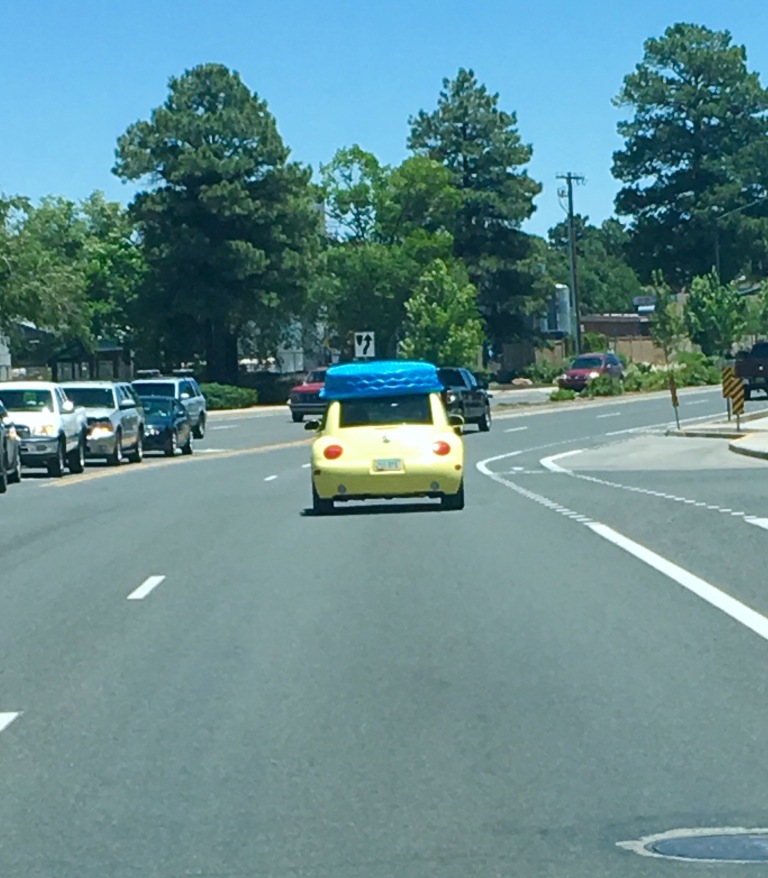 How often do you see a bug with a hat?